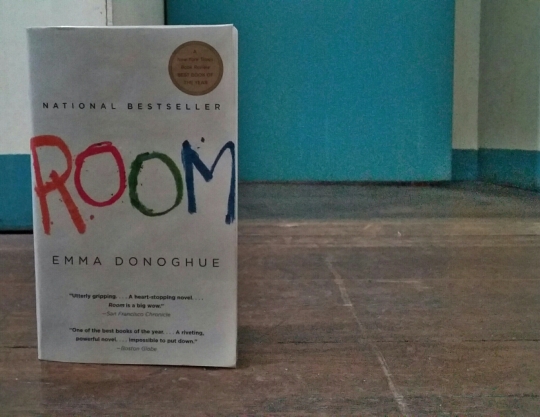 “Today I’m five. I was four last night going to sleep in Wardrobe, but when I wake up in Bed in the dark I’m changed to five, abracadabra.”

Hearing a child speak sounds good to hear. It’s because they see the world as pure and simple, even if it is already hostile from the beginning. That’s how five-year old Jack came to know Room, which ironically was a prison for his Ma.

Ever since he was born, Jack’s very world is the Room. His friends are Meltedy Spoon, Bed, Duvet, and Wardrobe. Skylight gives him a glimpse of the sky and God’s face (which is the sun and the moon). TV is his only window to the Outside. Besides all these, he has his Ma with whom he shares his love and companionship.

Because Jack was raised in love and joy, he did not see the horror behind his existence. As soon as he was learning the truth behind his Ma’s story and why mean Old Nick would keep them from Outside, he would not believe it at first.

This book actually tackles the dire topic of abduction, rape, and slavery, along with recovery and treatment. Bringing it to the voice of an adult would be depressing. But writer Emma Donoghue excellently brought it to light through the voice of a five-year old. The story is very linear yet it is very engaging because one would anticipate what Jack would think and experience on the moment they made their Great Escape. It does not matter if Jack himself may be grammatically incorrect for schooled adults but he was able to communicate the joy, the pain, and the struggles he went through as he finally touches Outside.

I must admit I was captivated by this book. Even as it ends, I want Jack to talk more. I felt attached to Jack while I listened to him recount a story that is riveting and touching as well.

Dare to enter Room. Once you do, you don’t want to get out of it until the last page.

The Pen Into Your Heart

There is a rising madness from within
Walls enclosing, silence prevailing
I see a window but you see a hole
The rest see nothing but an empty casing
My key is my pen and my door is my paper
Through them I see you, my beloved, the one
But when the last line has been penned by the last drop
You run away secretly
Breaking my heart in this madness

I write instead of pinning myself away this long vacation. As the Holy Week wanders away, I try to buy my time by being with my pen (er, laptop) and my paper (I mean, broadband). I missed writing, as well as the vision that brought this obsession to write down everything that springs out of my heart. 🙂 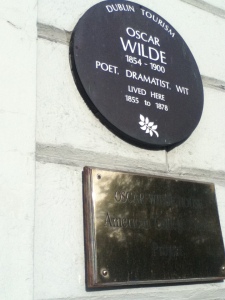 I appreciated Oscar Wilde after my visit to Dublin, Ireland last week. From his childhood home (which is now American College) and Trinity College (where he had his education), I had a glimpse of the life of the popular Irish writer and playright whose works sit quietly in my bookshelf. When I returned home, I got to take a look Wilde’s bio, who I had not given keen interest at though I had appreciated his works in my earlier years. 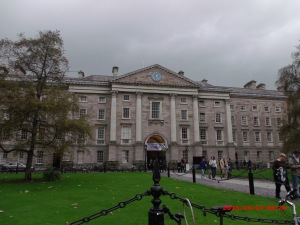 Trinity College, one of the universities where Oscar Wilde had his education and where his literary prowess started to flourish 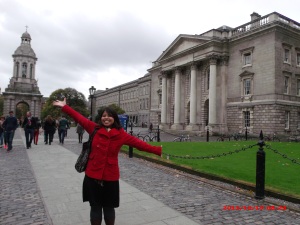 “The Picture of Dorian Gray” and “The Happy Prince and Other Stories” were just some of his works that got me drawn because of the flamboyance of his storytelling. Most of them being tragic, provoking thoughts on the irony of humanity: the tendencies for us to forget and be ungrateful at the sacrifices of another. His novel “The Picture of Dorian Gray”, on another note, depicts how man can be deceitful, as well as how Wilde attacks the hypocrisy of upper-class Victorian lifestyle, though stylistic as he was. But somehow, his reflective views had retaliated back at him at his later years.

Despite of his popularity and lavish lifestyle, Wilde died destitute. After being imprisoned by the father of his lover, Lord Alfred Douglas, he was left on his own. It breaks my heart how this witty and celebrated writer was left with almost no one at his deathbed.

Somehow, I felt his loneliness at his final days. Involved in homosexuality, he must have searched for something missing in his heart. He was religious though, being brought up with a strong Irish Catholic background. But sadly, this missing piece must not have been found.

We all have heart issues. This gifted man himself, who had everything in the world once, have looked for real love. We’re all looking for it. In the end, he tried to search for it, especially to the people once close to him. But no one can give it because only the Lord can.

Fame can never attest to everything. Perhaps, if one person might have shown compassion to him, he must have had everything. Love is the one thing more priceless than anything in the world. And it’s one thing we cannot comprehend fully, too.

Wilde never returned to Ireland at the end of his life. Tragically, he did not find home in his final destination, but wandered in France to search for his soul. Still, he deserves the accolades of being a gifted writer himself. He has contributed so much in the literary world and his works has not failed to move the generation to think on humanity itself. For once, Dublin has made alive in me a long lost genius who had never returned home…and reminded me that home can be found in those who love us most.

and the Arts, From the Inkload

Two days and a snore
Can’t you add yourself for me?
A few minutes you’re walking at the door
In five days and a wink I’ll be waiting for you once more