I knew I’d be on my own on this trip, but I was eager to pack my waterproof bag. Almost six months have passed since my closest travel buddy had left the Philippines to try her luck abroad. I was left wondering what adventures I would try next but was scared to do so on my own. I felt lucky when my swimming school opened up a trip to the north. What drew me there was the nature, the ocean and surfing. 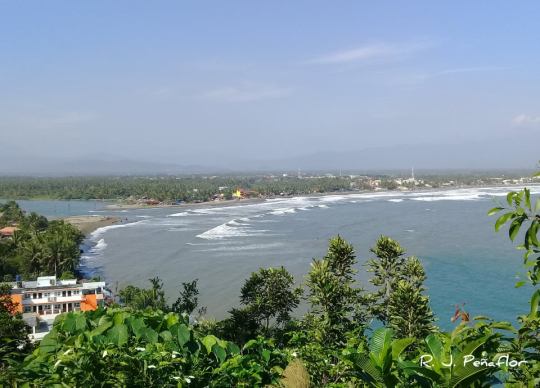 Baler is known as a beach break paradise for surfers. It takes a five-hour trip from Manila to see the end of the Pacific, feel the hollering waves and experience heaven on earth. 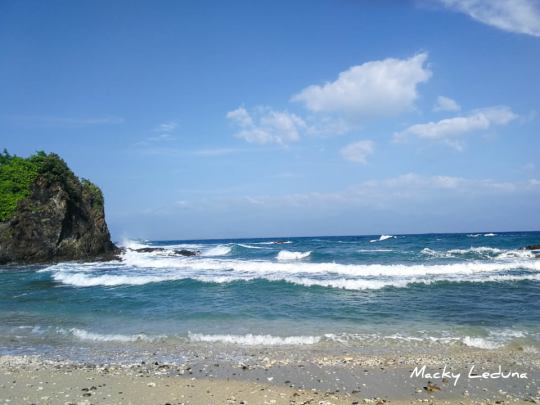 There are a number of beaches and resorts at Baler, but we only have two in our itinerary. One of them is Diguisit Beach, a waterfront which appeared like an endless dream. Its huge waves crooned over the blue waters like a siren calling us out into the dreamy ocean. Rock formations rising from the blue waters try to lure guests for a good cliff dive while snakes are treacherously waiting for its next victims on the boulders’ peak. The rocks littered in the white sand are spoilers though. Still, that did not stop us from having a good time.

Sabang Beach is the one to die for, especially if you’re a surfer. It’s more isolated, except for a number of surfers skirting over the waves like eagles riding the wind. The waves were a bit strong because of an approaching storm, but the coaches assured us we’ll be fine. However, it seemed that my brain had jumbled all the instructions given to us. The fine, black sand hugging my toes tried to calm this poor, panicking soul down while waiting for my turn for that one-hour surfing session. What the heck am I doing here anyway? 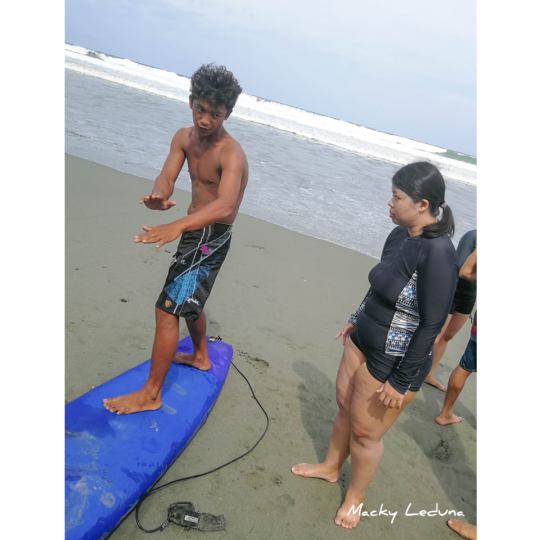 My instructor, Kristian, was amazingly patient. He always encouraged me I could do it although I kept on falling from the board numerous times. Balance is a stubborn fellow to capture in this feat.

It’s a miracle I was able to stand on the board for a significant number of seconds at my last attempt. Surfing is not easy, folks. I sacrificed strength, will and tears just to get to this moment. Hurrah!

I came home with my own battle scars that include a sore body and a number of bruises. Learning a new thing comes with a price, but that does not stop me from not getting any further adventures. 🙂